Given the seemingly constant failure of emerging disease-modifying therapies (DMTs) in Alzheimer's disease (AD) that target the amyloid cascade, industry has gradually expanded its focus to include a growing pool of novel strategies that target tau, the other pathological hallmark of AD. Though most tau-targeted therapies are in early-phase (I or II) development, many of them are sponsored by large pharma with a strong neurology/AD presence (e.g., AbbVie, Janssen, Merck, Biogen). Dissecting the ongoing clinical development programs—mechanism of action (stabilization, aggregation, and/or phosphorylation of tau), supportive evidence/clinical data, trial design, etc.—will help current pioneers and new players in this space understand the evolving competitive landscape. Simultaneously, because biomarkers will play an increasingly important role in the screening of patients and clinical assessment of DMTs, it is critical to understand ongoing developments in this arena and neurologists’ perspectives on the future of biomarkers in AD.

DRG’s Special Topics reports assess key trends in dynamic disease areas. This report on AD will help developers gain needed insight into the rapidly growing area of tau and biomarker research in AD that could shape the future of this market.

Primary research: Interviews with 15 neurologists/tau thought leaders across the United States and Europe 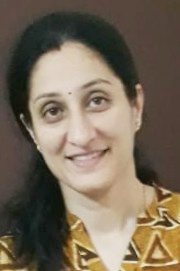 Ruchita has joined as a Lead Analyst in the Central Nervous System and Ophthalmology team at Decision Resources Group.