With a growing population and an enormous clinical need for improved treatments, the market for Alzheimer’s disease (AD) pharmacotherapies represents a massive commercial opportunity that continues to attract widespread industry attention, from small biotechs to large pharma. As a result, the AD pipeline remains vast, despite a perennially high rate of attrition. Disease-modifying therapies (DMTs), especially those targeting Aβ, are a major focus of drug development, but the regulatory pathway for such drugs has yet to be trodden. The launch of one or more among the many mid- and late-phase putative DMTs in development, while far from guaranteed, would be a landmark commercial event in AD, though potentially only a modest clinical advance. That said, the impact of the first DMTs will extend beyond drug treatment and into diagnosis, specifically increasing neurologists’ incorporation of biomarkers in the diagnostic process. While justifiable doubt remains about the approval of any DMTs in the near future, novel procognitive symptomatic adjuncts and behavioral therapies (e.g., for agitation) also are advancing through the pipeline and represent an equally important dimension of future AD treatment—and one that is potentially more attainable. Ultimately, we expect any agent that is judged acceptably safe, reasonably well tolerated, and meaningfully effective would be welcomed by AD patients, caregivers, and physicians in desperate need of more options to maximize patient outcomes and, on balance, improve their overall quality of life. 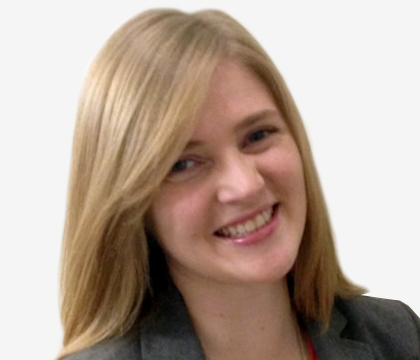 Tamara Blutstein is a Senior Business Insights Analyst on the Central Nervous System, Pain, and Ophthalmology team. She is responsible for analyzing and forecasting pharmaceutical markets, primarily in Neurology indications, with specific expertise in Alzheimer’s disease, Parkinson’s disease, and ischemic stroke.

Prior to joining the company, Tamara was a postdoctoral fellow at Tufts University School of Medicine, where she studied the role of gliotransmission in the regulation of sleep and sleep homeostasis. She earned a Ph.D. in neuroscience from the University of Maryland School of Medicine where she conducted research on the role of gonadal hormones in modulating neuronal-glial communication. She holds a B.A. in neuroscience from Drew University.