LaunchTrends: Cosentyx (US) is a three-wave syndicated report series that specifically tracks the introduction of Novartis’s Cosentyx (secukinumab), a potent, subcutaneous IL-17 inhibitor approved for the treatment of psoriasis (PsO). This report series is based on primary research data collected at one month, six months, and one year post-commercial availability of Cosentyx. Along with awareness and sources of familiarity, the reports assess U.S. dermatologists’ trial, adoption, and use of Cosentyx, including anticipated future trends. The reports also provide information on product perceptions, satisfaction, obstacles to use, drivers of prescribing, patient types, displacement of competitors, Novartis’s promotional efforts, and benchmarking against other previously launched immune agents. 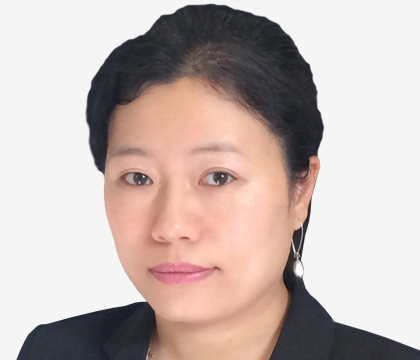 Bingnan Kang, Ph.D., is a Senior Director in the Immune and Inflammatory Disorders group at Decision Resources Group. She has authored market research reports covering a wide array of topics, including rheumatoid arthritis, psoriasis, psoriatic arthritis, Crohn’s disease, ulcerative colitis, and pricing and reimbursement of immune biologics in the United States and Europe.

Dr. Kang received her Ph.D. in pharmacology from the Johns Hopkins University and a B.S. in biology from Tsinghua University.