DRG Epidemiology’s coverage of Hodgkin’s lymphoma (HL) comprises epidemiological estimates of key patient populations in the major mature pharmaceutical markets (the United States, France, Germany, Italy, Spain, the United Kingdom, and Japan). We report both the incidence and prevalence of HL for each country, as well as annualized case counts projected to the national population.

All patient populations are forecast over a period of 20 years for the major mature pharmaceutical markets. In addition to forecasting incident and prevalent patient populations, we estimate the number of drug-treatment opportunities in specific lines of therapy.

… and more (details available on request). 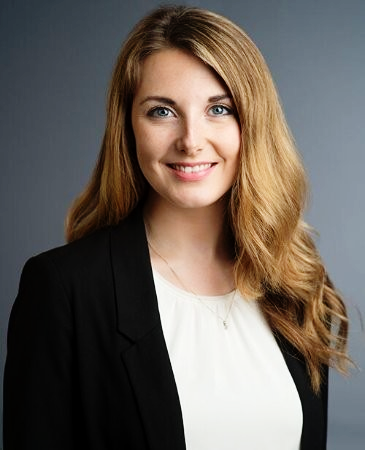 Hannah joined Decision Resources Group in 2019 as an Epidemiologist. She holds a BSc in Medical Sciences from the University of Leeds as well as a MSc in Public Health from the London School of Hygiene and Tropical Medicine.

Prior to joining Decision Resources Group, she worked in medical device clinical research, pharmaceutical industry business intelligence, and in a start-up health tech company. As an epidemiologist, Hannah works across multiple disease areas estimating and forecasting incidence and prevalence, with a focus on cancer epidemiology.

Nishant is a senior epidemiologist and head of oncology within the epidemiology team at Decision Resources Group. He also covers some CNS diseases, including Alzheimer’s disease and dementia. His key interests are developing interactive patient flows, and modelling disease progression to forecast commercially relevant drug-treatable incident and prevalent populations. Nishant also spends a lot of time collaborating with clients to help answer more specific questions through custom work and consulting projects.

His qualifications include an MSc in Public Health with specialization in epidemiology and statistics from King’s College London, and a BSc in Medical Studies from the University of Birmingham.

The launch of several novel therapies and multiple label expansions of premium-priced agents will fuel significant growth of the non-Hodgkin’s lymphoma (NHL) therapy market over the...

The launch of several novel therapies and multiple label expansions of premium-priced agents will fuel significant growth of the non-Hodgkin’s lymphoma (NHL) therapy market over the ten-y...

In this project, commissioned by Incyte in February, 2021, we have packaged our published estimates on the epidemiology of NHL & CLL across all the countries in Europe for which we have coverag...

In this project, comissioned by Janssen in December, 2018, we have packaged our published estimates on the epidemiology of CLL - drug treated population across all the countries in Latin Ameri...